Bet you didn’t know that Abraham Lincoln wrestled in his youth. That was one thing we used to talk about when really young school groups would come for tours of the Lincoln Truck. When Abe was a young man in New Salem he would often take part in matches with other hired help in the area. So when we visited the Dan Gable Wresting Museum in Waterloo, IA; I could not resist taking a picture here. 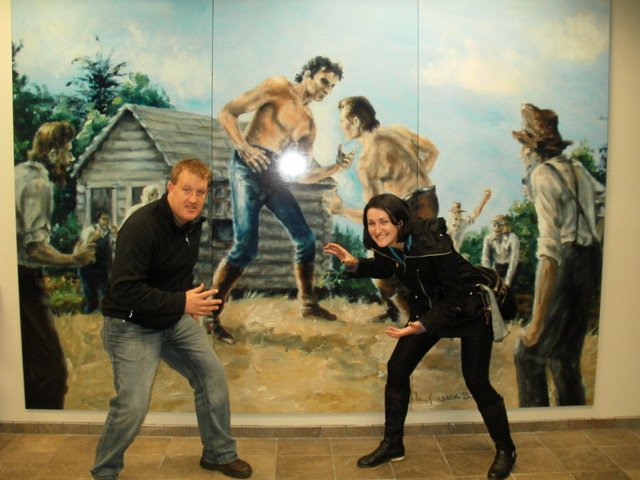 Josh’s Uncle Doug, otherwise known as Beef, is heavily involved with the museum and thought we would enjoy it. He even co-hosts a weekly radio show called “On the Mat” on www.kcnzam.com. We did have fun, it is a pretty large facility and while we were there a youth night was happening. Each room is set aside for a different piece of wrestling history and there is a hall of fame. Being from the Midwest so many of the names around were familiar. Honestly it was fun, I’m so glad we had a chance to see it.