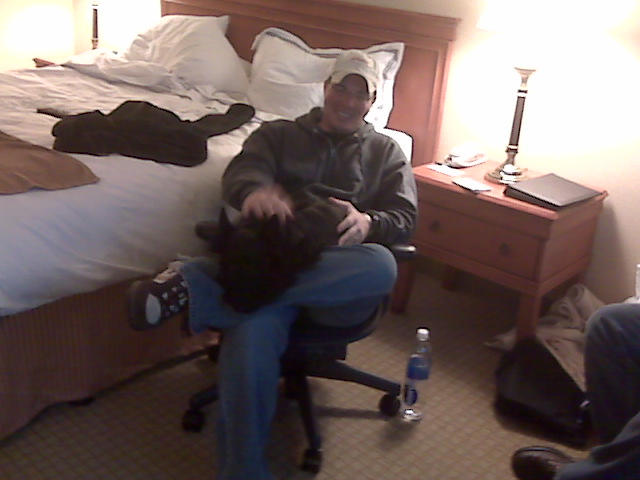 We had a very special visitor in Salt Lake City, a good friend of ours from college was in town doing some training and was able to come see us. Josh and Tavis met at WIU playing for the Rugby Team, they were part of a nearly impenetrable group of friends. I know Tavis because while in college he dated one of my closets friends. For a while it was a dream, best friends dating best friends. It did not end dreamlike but we are all over that. The boys have shared together some crazy times, stories that I wont share here for fear someone I work with might read it.

As we are different people then we were 6 years ago so is Tavis. He is a lifetime military man, Army Ranger, National Guard contractor and now with the Air Force Reserves, I am sure there are more in there too. He was in Salt Lake City are going to Sniper Training. After college Tavis served a number of different times in Afghanistan and came back a very different person. It took him some time to get his feet solid. He has found a wife and they are expecting their first child in July. It was wonderful to see him but I know that it wont be long before I will be sending APO letters to him.