For the next three years Josh’s hometown is host to the Dock Dog world championships.  By chance we were home for the inaugural show at Dubuque’s Five Flags Center.  There was no admission fee and they only charged for some of the seating during the finals.

We have been lucky enough to watch a Dock Dog exhibition at the Minnesota State Fair before and have watched the championship on Animal Planet, but being there to see these elite athletes shine was something else. 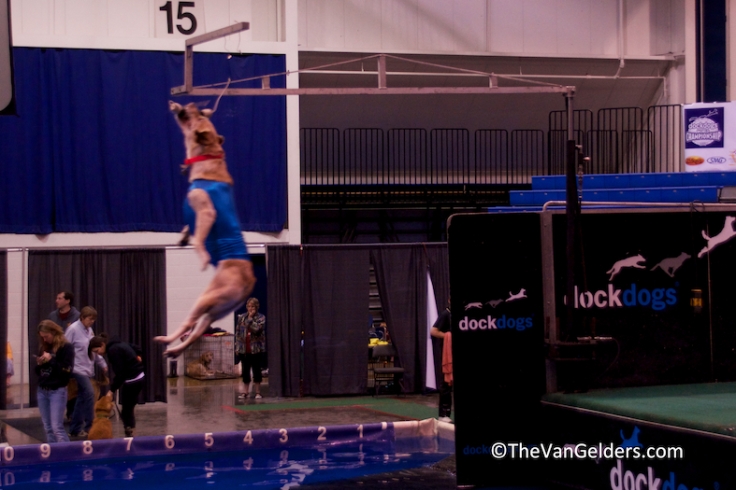 We took a ton of photos, every single jump was exciting.  We stayed there for a few hours, I don’t think anyone really knew how much fun this would be. 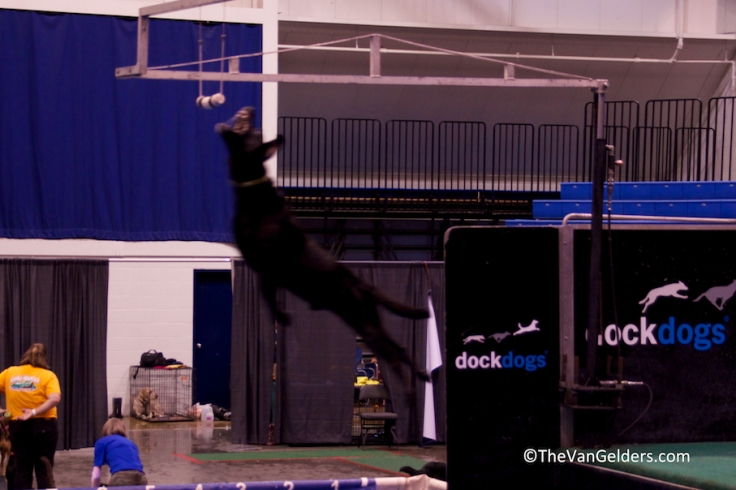 There were four different categories to compete in; speed, height and distance with an option for all-around called Iron Dog.  Josh’s nephews came with; enjoyed not only the dogs but also the face-painting and crafts. 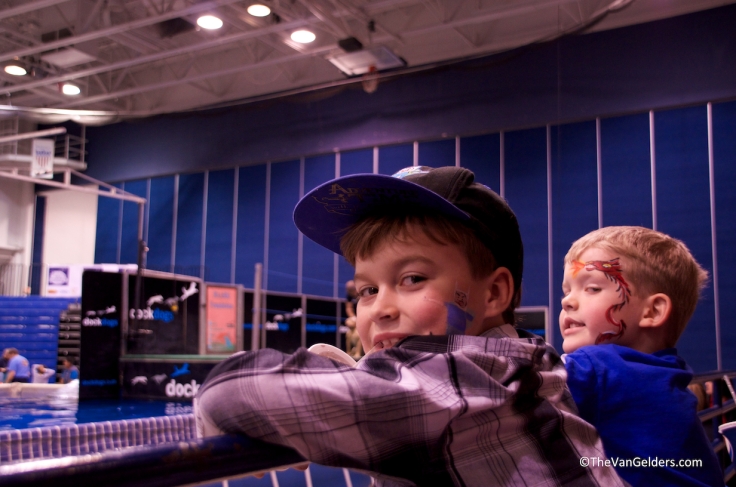 In the past I had only seen retrievers and a few border collies compete, but this show was full of other breeds.  A record-breaking whippet and of course we found a terrier. 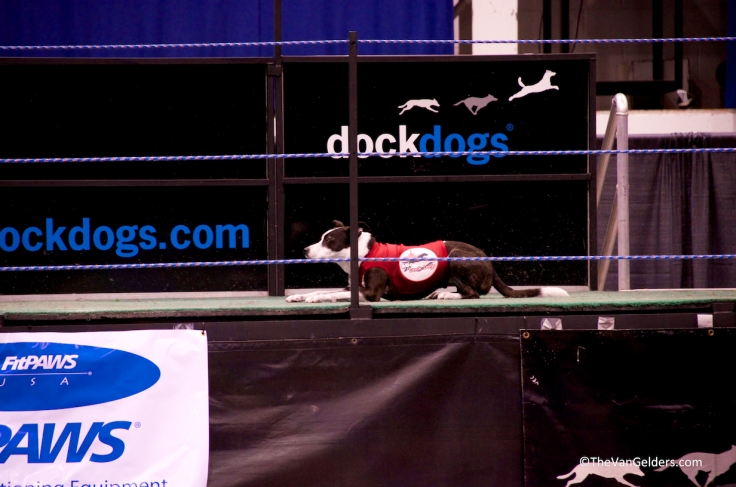 Watching the owners was just as much fun as the dogs at times.  Some of the handlers would pump of the crowd or were just so into their pooch it made for a more exciting run.  We thought this young handler was a hoot.  He was hardly taller than his dog but you could tell me was already an old pro.  He would bring his hound up to the dock and have to hang onto the railing to keep the excited pooch from pulling him into the water.  After a moment he would kneel down next to the dog and in his high-pitched voice shout “Get it for me”.  I tell you that dog would start going crazy, barking and not taking his eyes off the prize.  They may not have been the top team out there but they were by far the most entertaining.  I can’t wait for next year. 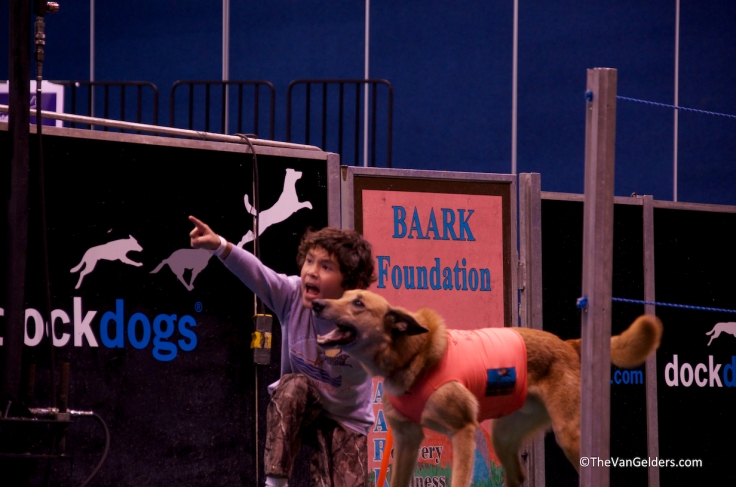 One thought on “Dock Dog”