There’s a place in Delaware that takes the most special hops and makes them into deliciously refreshing concoctions. Little hops get told bedtime stories about being taken to the Dogfish Head Brewery and loving made into 90 Minute IPA. Alright I’ll stop, but let me tell you how I spent last Sunday!!!! 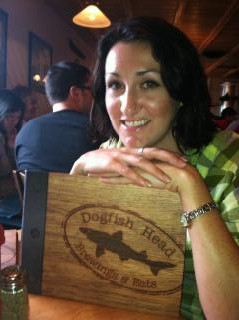 The original Dogfish Head Brewing was just an hour drive south of Dover so we all loaded into the car, including our growler. I’m sure that by the time we actually arrived Josh was about ready to toss me out of the car. This is a trip I have been talking about for weeks. My dear friend Austin lent me “Brewing up a Business” written by the breweries founder. An inspiration for any beer lover or aspiring entrepreneur. This read follows his path and rise to success while sharing inside stories about the history of Dogfish Head. We took it with us, planning to put a few beer rings in it for Austin.

I have a passion for beer, while I enjoy drinking it I also like reading about it and the people who create brands that started a subculture. The micro-brewing industry is broad, delicious and rich with innovationist. Dogfish Head has managed to capitalize on the very unique characters of strong beers and the adventurous drinker. 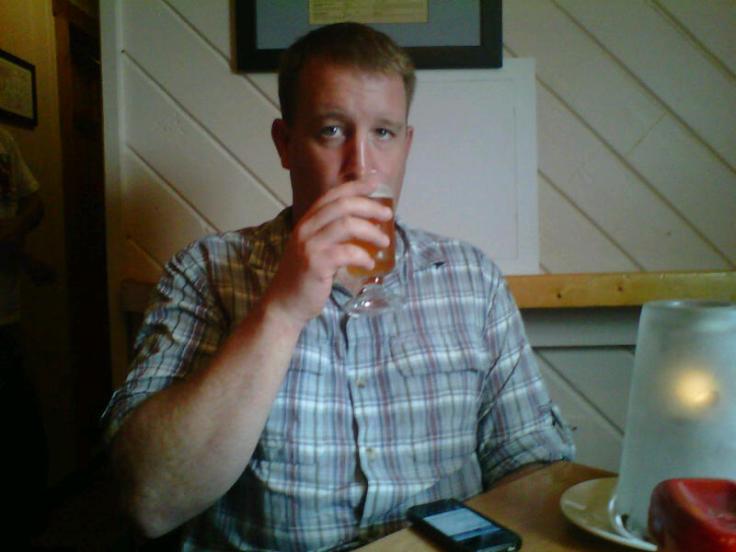 So…What was it like? For starters, super busy, we had to wait about 30 minutes to be seated. That was plenty of time to pick out goodies from the company store. The guy also knows his way around merchandising. Had it not been drizzling the wait would have flown by, the entire place is was bustling with people coming to grab a 6-pack and talking about beer. Thankfully we were seated in a corner and could take some goofy shots on the DL. I may have squealed like a little girl when I opened the menu and perused the delicious choices. It took less time to pick from the beer list then the food list. What am I saying we didn’t “pick” from the list just picked what to have first. Josh picked settled on one of the wood fire pizzas, a staple to the original menu. I went for fish and chips made with beer batter. We actually tried almost all of the brews they had on tap at the time and took home a growler of Midas Touch. All of them were delicious; usually when you do a tasting you start with the lightest and work to the darker beers. We did not follow those rules but it didn’t matter. Not going in this order can affect in a negative way the lighter beers taste and the darker are over powering. Since each Dogfish Head beer has unique and stand alone characters we didn’t feel like any one was a wrecking ball. The strangest thing is that Josh likes IPAs, but not the standard 90 Minute from here. I don’t usually like IPAs but really enjoy the 90 Minute. You just never know what will happen.

2 thoughts on “Where Hops go to Heaven”