I tagged yesterday’s photo with a note about Josh and I being sick. Well we have both been sick for months now, one or the other, but after New Years it hit us both hard. Instead of taking time to write I have been napping when not working. Life on the road can be very tough on the body. However when a story as good as the one I’m about to tell comes up, you can’t help but be inspired to share. This is for the all the dog lovers, bibliophiles, soft hearts and well anyone whom had hard times in Middle School. 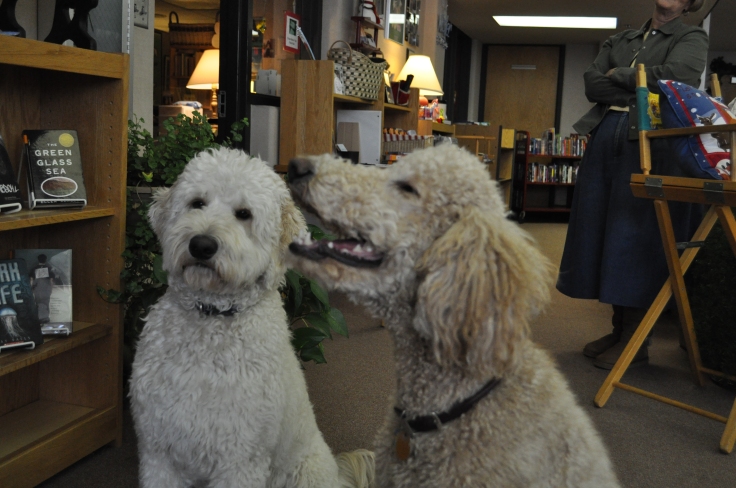 I want to introduce you to Bella and Jeter, two Golden-doodles with a very important job. They keep an eye and a warm paw on the students at North Side Middle School in Elkhart, IN. Dog in the library you say! Scandalous! Well what better place to have a warm furry body for students to visit? What better way to encourage students to use the library, can’t bribe them with candy why not use fur love? The entire thing started as a bit of an accident, Bella the old and darker Doodle, had some complications after spay surgery and spent the day at school with her Librarian. It was pretty instant the effect this gentle giant had on the kids. After that day Bella was a regular guest at the school library greeting kids and doing some doggy goodwill. She was really serving many rolls; easing the discomfort some children have towards dogs, giving kids a reason to stop in the library and for some being a best friend. She was soon joined by Jeter, her now partner in crime, and together they are ambassadors for the breed. Both of them have passed the AKC Good Citizenship class and you can tell they truly enjoy their work. At times they are a little goofy but always with a watchful eye on the students. Last February there was a bit of controversy over the dogs and they were asked to not come into school. To the surprise of the School Board and the Librarians, students took up a petition and flooded the board with letters asking to allow them back. Each letter was filled with a personal story of how the dogs had helped them through bad days or had made them like the library. It became pretty obvious that these dogs were an important part of the school and did the students immeasurable good. Jeter and Bella were invited back and have once again taken up the difficult role of helping kids. 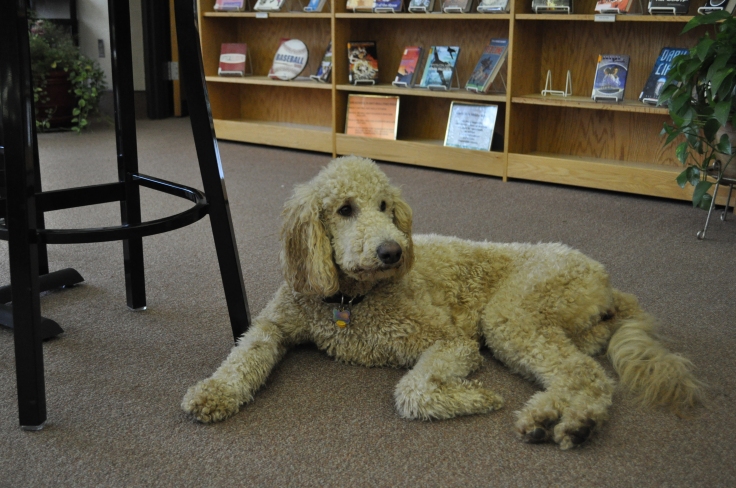 I am personally one of the individuals that had a tough time in Middle School, so this is very touching to me. I wonder how many other schools have caring animals to ease a bad day?