Sweet home Chicago!  This week we will be back in Illinois, doing shows around the Chicago area.   We will hopefully be arriving in time to watch the Bears season opener with some family.  I can’t think of a better way to start the season, BEAR DOWN!!!  And remember don’t call me on Sunday.  As you can see that map keeps getting more and more spread out.  We are trying to hit a number of markets before this tour ends for the year.  Next week we will hit Greensboro and Birmingham. 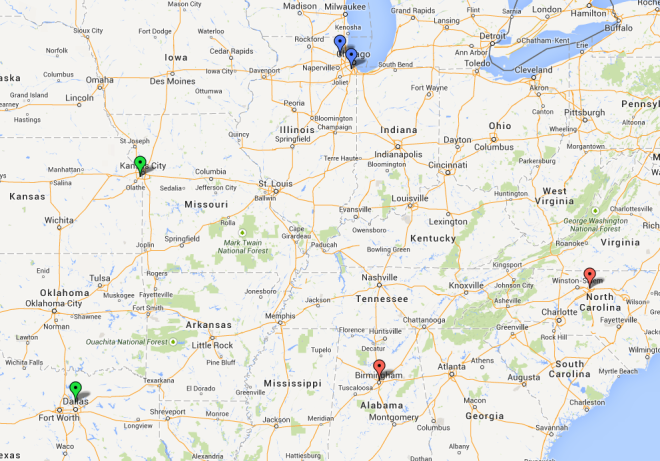 Song of the week: Boys from Alabama by Cross Canadian Ragweed

Week in Review:  Montreal was lovely but made so more by having a special tour guild.  We often make jokes about having family everywhere, we really do.  Josh’s cousin Andrea just moved to the city four months ago showed us around.  We tried to hit as many of the neighborhoods as possible but enjoyed Old Montreal above all.  Keeping with tradition we also tried poutine, a first for all of us.  I don’t know how I feel about it, a bowl of cheese, fries and gravy all good but a bit strange.  It is now checked off the list and we moved quickly to other yummy meals. 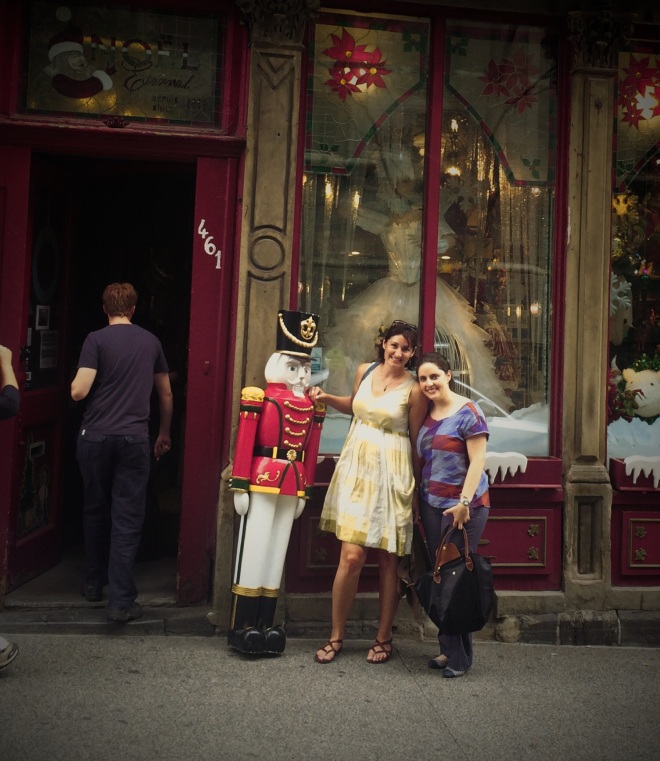 You don’t have to ask me twice to go into a year round Christmas store!!!

There was an error retrieving images from Instagram. An attempt will be remade in a few minutes.